Why is Tom Hanks in Sleepless in Seattle not here? Because the film is not related to architecture. But I will mention it here!

Being a major source of entertainment and also an institution to learn from, films and movies have always played a huge part in the life of most people. They have been used to depict all walks of life through all eras. People rely on movies to take them away into the world of imagination and fantasy, where everything becomes possible and every goal attainable.

Among all those famous and glorious movies, there have also been quite a few fantastic ones about architects; movies that have become an inspiration and an education for these working class heroes. Only joking, it takes 7 years of higher education to become an Architect! There is nothing glamourous about architects, even starchitects or star architects (award winning, fashionable). So why not have them oppressed in movies? They always get the bad roles!

Some unusual movies are included - Multiplicity and The Matrix Reloaded - so let us know if you think these are allowed! We like them so they are in the list (OK the Matrix Reloaded is a bit duff but it has a main character for the trilogy called the Architect - he should really be called the System Architect or even the Information Architect but anyway). 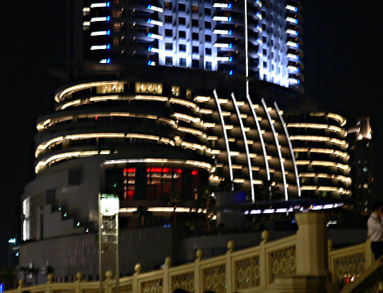 Presented below is our biased top 10 - starting with top 5 on this page, see other pages for next 5 and 20 best of rest movies.

This is first because it is easily the most famous. Fountainhead is an adaptation of the best-selling book of the same name by Ayn Rand, who also did the screenplay for this film.

The film follows the character of Howard Roark (Gary Cooper) who is a struggling architect bent on following his own artistic notions no matter what the consequences to maintain his integrity. Howard Roark, expelled from college after his designs fail to conform to the already existing architectural structure and thinking, gets a job with Henry Cameron (Henry Hull) who shares the same thoughts.

But after Cameron's death, the pressures increase on Roark. But he decides against compromising of his ideas and self esteem. He battles against a monotonic world centered on following traditions, a world that goes against everything that involves change.

He struggles to introduce modern architecture to this world, so much so that in the course he is arrested and brought to court for dynamiting a building designed by him which was later compromised by architects that negated his ideas for its design.

Roark goes on to design many landmark buildings through the course of the movie, including the Enright House, the skyscraper - Wynand Building etc.

The story portrays the lives of a happily married couple, David (Woody Harrelson) and Diana Murphy (Demi Moore). David is an architect struggling to find his break in the industry. The movie depicts how the couple tries to improve their financial condition by landing a good real estate project and how through a billionare, John Gage (Robert Redford), their problems seem to subside but take a turn for the worst.

My Architect is a documentary (so perhaps not a movie in the sense of a drama, but it is very entertaining and interesting so here it is) about the extraordinary American architect Louis Kahn. It has been directed, produced and written by his son, Nathaniel Kahn. Kahn had an unbelievable career. The film features interviews of many giants of modern architecture including the likes of Philip Johnson, I.M. Pei and Anne Tyng. Louis Kahn built many extra ordinary structures including the Yale Center for British Art, etc.

Throughout the documentary Nathaniel Kahn visits the structures erected by his father. Louis Kahn died in a Penn Station washroom leaving behind his three families and the world to mourn him. The film was nominated for the 2003 Academy Award for Documentary.

The movie is based on the happenings that occur with an American architect, Stourley Kracklite (Brian Dennehy) as he is commissioned to Italy to supervise an exibition being held to display the works of a French artist, Etienne-Louis Boullée, who is famous for his oval structures. Peter Greenaway received a Golden Palm nomination for this movie. He gets iller and iller (oops, that is the plot!). See what we said about bad roles?

o A comedy revolving around the life of Doug Kinney (Michael Keaton) who finds himself not being able to give proper time to his family and his career and always seems to be divided between the two.

He is a project manager on building projects, hence the stress (no fun-filled design). Not quite an Architect so none of the angst associated with the profession.

He meets a scientist who offers to make his clones for him to divide the work amongst. Things get out of control with so many clones of his running around, each having a different personality. Doug's character is basically a construction worker. He builds houses as well as wings for scientific facilities during the course of the movie. He is stuck in the fixing up of his own home and is unable to get it done. So he finds the idea to make his clones quite appealing.