Buy sensible presents that children will use again and again rather than some fashionable rubbish.

Educational toys and construction toys are much better. See below for photos and images. Use your imagination! 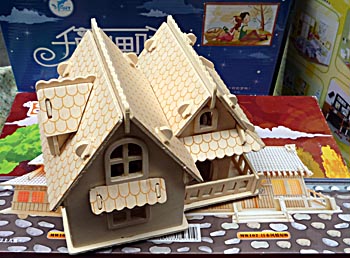 This is a fun section for our favourite construction & building toys, models, plans, games, software and more. We will add many images and descriptions over the next week or so. Each toy here will expand to become a section with educational aspects and games to play.

Some toys are good for hand-eye coordination - such as bricks - others for 2D and 3D space planning - such as roads, model sets - and others are good for imagination and narrative development - such as International Rescue, Doll's Houses etc.

Counting and colours are also involved with bricks and most construction tous, especially LEGO, Duplo etc. All these toys include all these aspects so it is rich and rewarding area for study. And the photos might induce nostalgia too.

Toys for tots include the larger brick toys such as Duplo or Megabloks (also incorrectly called Megablox) - LEGO is a bit too small for their tiny hands and coordination.

We will look maore at LEGO and blocks as building toys, rather than the character LEGO or Star Wars LEGO etc. These are fun but more for large children or adult collectors.

Great toys can be got at any retailers, obviously Toys r Us and Argos have a huge selection. John Lewis only stock wooden toys, so if you don't want battery powered toys to save the environment (and your pocket) try there.

Tracy Island - International Rescue with Supermarionation - why does the tropical house shown below have a CHIMNEY? Burning the evidence?

Thunderbird 2 on the right, ready for takeoff, that was the one that had cranes, diggers etc inside...

In children's TV, Baby Einstein's grown up cartoon, Little Einstein, which has kids flying around the world solving problems with musical clues, has a rocket ship that looks just like Thunderbird 2. Little Einstein has a great theme tune! 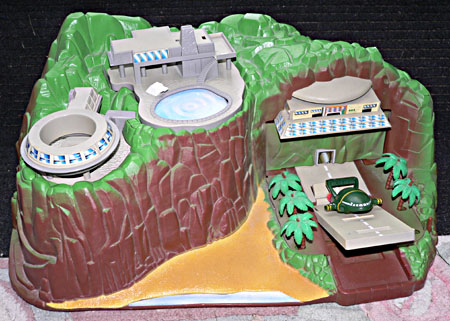 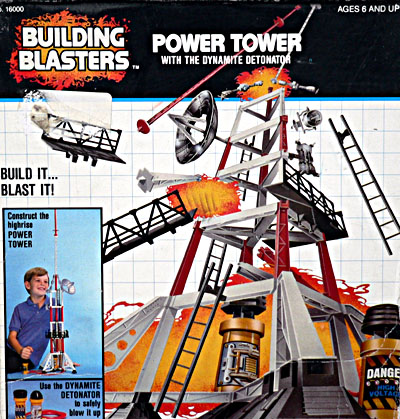 Above: Building Blasters - USA - the only one which has building and destruction - how American! We have a lot of these in storage, will put on sometime. 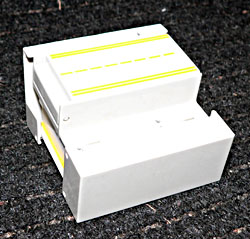 Above: Part of Micro Machines road set - closed to box

Recreation of the domestic

Russian doll-like house within a house (the real one). Why not put a Doll's house inside the doll's house... 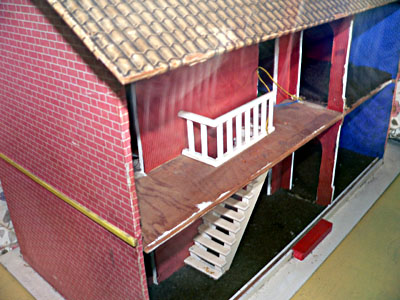 Industry leader, chunky easy to use bricks. LEGO was saved from collapse by issuing branded sets like Star Wars, James Bond etc. Huge number of active fans and competitions and of course, LEGOLAND - new one in Malaysia next year 2010! Our resident Architect designed part of the UK's LEGOland at Windsor, so we will add more pics soon. 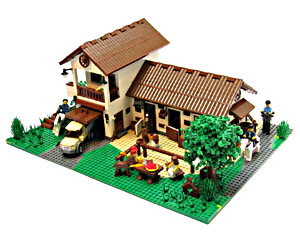 Above: LEGO house by James May of the BBC

Above: Doll's house - ever popular, huge range of houses and accessories.

There are several popular toys apart from LEGO such as:

Kid's version of LEGO, with nice people and animals.

Young kid's building toy, very large bricks, for 1 year and above. Best for towers and walls but can be used for quick planning of urban spaces. We have a video somewhere of a shopping mall layoutr done in Duplo. 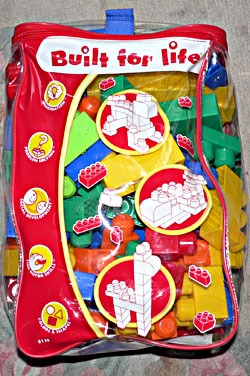 Above: Duplo in a presentation & storage bag

Finer bricks and more window units and realistic peices than LEGO. Was aimed at architectural models. Now a retro craze for 70s buffs. 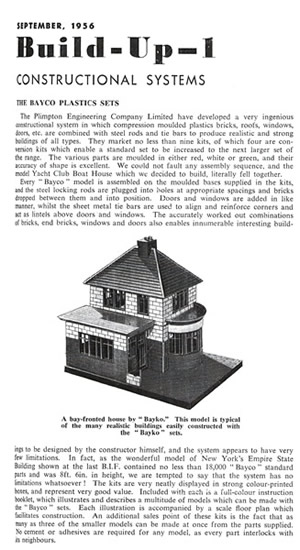 Bayco is another retro block and model making system, which had bricks and roof panels and parts of houses such as bay windows pre-built.

Cubes and shapes in bright primary colours, often made of wood. Such as Alphabet Blocks with letters and/or numbers on them. Important learning toy for very small children and even babies. 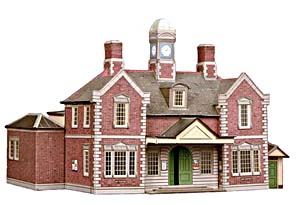 Such as SuperQuick card models. 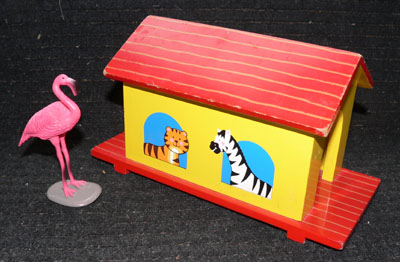 Many makes, for layouts of farm or zoo spaces - a child's starter for 'farm', 'town' and 'urban' planning. 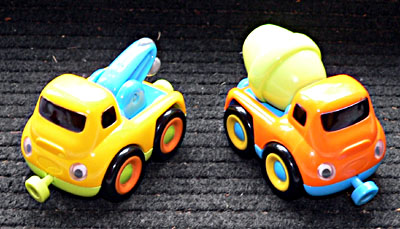 Huge series with videos, TV, games etc. Still very popular. Dizzy the cement mixer shown below and some others. 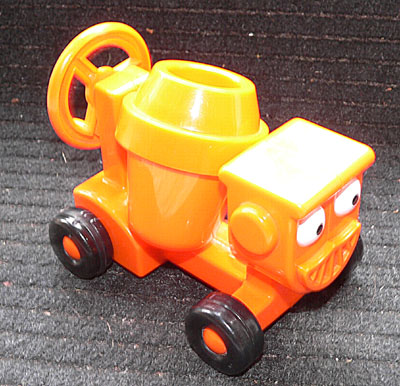 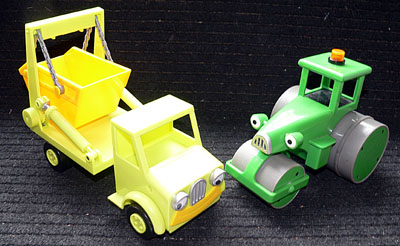 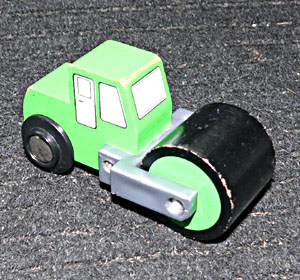 We are adding videos of toys and articles on how to make wooden toys.

We are adding a section on model railways as the construction of the railway track base involves a lot of woodwork and general building, on a small scale. And there is also scale modeling which is another rich area.

Most toys have some educational vlaue, even computer games. In fact games are another area altogether as they train the mind rather than the hand (or hand eye coordination).