SimCity - a great game that teaches sharing and caring

SimCity was first released in 1989 by Maxis, a subsidiary of EA games. Since then many editions of SimCity have been released. SimCity is not just a game but actually a very realistic city-building simulator. 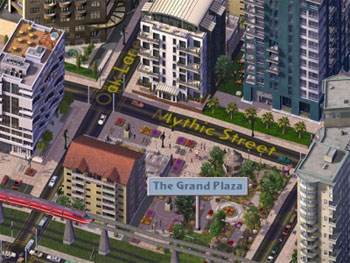 Like every other simulator game, the players start with a piece of land or they can choose pre-built cities. The player takes the role of mayor of the city. There are not really any objectives and players can play as long as they are able to manage their city.

The first and most important thing, just like in real life, is providing electricity. Players can build many different types of power plants each with its own properties for example the coal power plant produces highest amount of pollution, while the solar power plant, although producing lesser amount of electricity, produces no pollution at all.

Such decisions which the player has to undertake are known as Desirability Factors in SimCity. Desirability factors are the things that will affect the Sims in one way or another. For example the coal power plant made closer to residential zones will pollute the air and a mid to high level resident will not like to live in such an area.

There are 3 types of zones:

Commercial zones have same classifications ranging from small shops to international business centers. Industrial classification on the other hand is quite different. Low-level industrial zone only copes with agriculture sector; they cover up large areas of land with farms.

For the educational sector you need to build primary schools, high schools, city college, university, library and the museum. Inter-region transport systems such as seaports and airports help the city's commercial industry get a boost.