One of the sweetest childhood memories of every child is LEGO, when one learns how important even the smallest parts in life can be. LEGO games came on the market about fifty years ago and many variations of this popular product have come to the market but the idea is still the same.

Using different colors and sizes of blocks and fixing them over each other to create models through your imagination is indeed great fun. 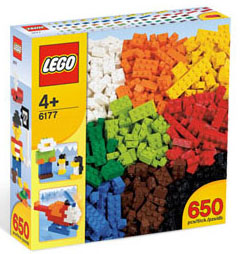 Very few toys have retained their original charm for such a long period as LEGO has. With little colorful pieces you build almost anything like cars, robots, houses, trains and a never-ending list of possibilities!

LEGO games help to enhance your imaginative skills as you break a model, take pieces from other sets, mix them up and try making a new one.

Little kids are always very curious to explore things, put them together and to break them apart. LEGO gives them chance to do all this in a safer way. For a child this game is really a tremendous way of learning. Playing LEGO helps to build their skills as they see and feel the shape of blocks and try to manipulate them in their minds. They use their imagination and perceive what they are building. Numerous possible combinations of bricks and blocks allows child to explore their imaginative universe.

Children recognize shapes and make new objects from these colorful interlocking blocks of plastic. They learn to identify the different types of shapes. LEGO bricks are deigned to be integrated with each other in endless ways so the child learns to construct cool things from a basic brick.

LEGO bricks are available in several shades of colors helping the child to distinguish between the different color variations and enabling them in to pick out the ones of their desire.

They also learn to play in teams when they are building with other children. While playing with other children they can compare ingenious ideas of their objects and that of their fellows to discover new possibilities in creations. LEGO bricks allow kids to create and modify an object by changing a large brick structure to a relativity small one or to change color of their blocks. LEGO games are flexible enough to make basic models or complex and large models of houses, animals etc.

LEGO games facilitate a child's intuitive abilities as they start recognizing shapes and alterations in figures. They learn the arrangement and organization of stuff, attaching meaning to the different shapes and colors. This helps boost their creativity and builds their imagination, helps them understand at that young age that no matter how small, everything has a meaning and a purpose to it. 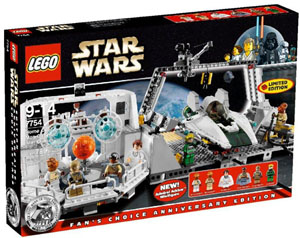 Recently branded LEGO has arrived, such as Star Wars LEGO, Batman LEGO, Indiana Jones LEGO, Mars Mission LEGO, and many many more. These are not just cash-ins as everyone loves a story, and these sets have built-in adventures (even if it is borrowed from the screen). Narrative is a human need so perhaps this is a good development, since they can be deconstructed into new models. The collecting urge can take over though, with rare figures (called minifigures) fetching huge sums on Ebay. LEGO Designer 3D and LEGO Technic are also new arrivals to extend the brand.

We will be looking at LEGOLAND soon. Ivy Ngeow, the architect associated with Building DIY when we actually built houses, designed part of Windsor's Logoland.