World tourism is big these days, as long distance flights are relatively cheap. The tourist and holiday media is full of lists of 'must see' places, usually on the same page as the latest green advice. Asia dominates the world's tallest building list, and they have their own Asian tourism and Islamic tourism.

Another big factor is dispersed families - either people have travelled abroad to work (the diaspora) or people have married or had relationships with people from different continents. These family factors add to travel and tourism almost by accident.

Towers are not buildings. Buildings have residential and commercial floors whereas towers are for telecommunications and might only have an observation tower or restaurant. So this list is the World's tallest buildings, despite the Petronas Towers (4th and 5th) being called towers not buildings.

As Johnny Rotten once sang "Cheap holidays in other people' misery". That is an interesting thought when you visit these rich so called third world countries. How times have changed since the 70s seventies. These countries might use a lot of cheap labour imported from India, Bangladesh, Indonesia etc, but so does the West. Tourism and city holidays are very popular, seeing the sights, so Governments know they can't go wrong with some investment in a huge building.

So what is the tallest building in the world? Now the prize has gone to the Middle East, United Arab Emirates, Dubai (which is a part of the UEA not a heavenly holiday mecca as advertised).

There is also a move towards urban high rise and condo building and living as a way of saving energy and materials. Latest designs have green features such as gardens, green roof, vertical gardens. Although higher up wind factors affect decisions. 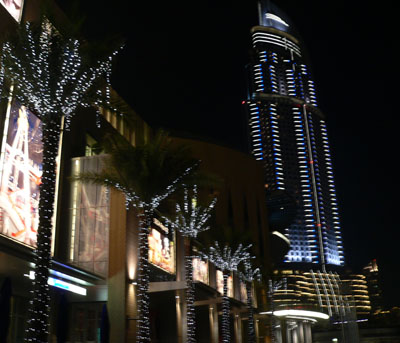 Shops around Burj Khalifa (formerly Burj Dubai), Dubai, The United Arab Emirates, completed 2010. This is officially the World's Tallest Building, as of April 2010.

Dubai has the World's tallest building (April 2010). It was to be called Burj Dubai but was renamed at the last minute to Burj Khalifa, after the big shot Mr Khalifa.

The World's biggest shopping mall is also there, Dubai Mall. This has an enormous aquarium in the middle of the ground floor of the Mall which is a wonder to behold. Also a wonder to behold are the lingerie shops in this Islamic state. 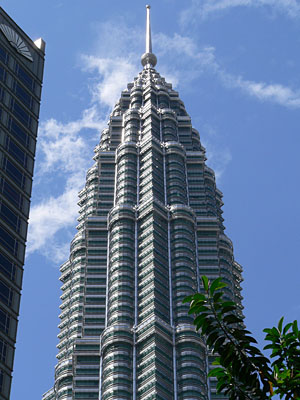 The Twin Towers in Kuala Lumber Malaysia is known as the Twin Towers, KL Towers, or Petronas Towers. Petronas is the state oil company.

The Twin Towers is a area place for the tourist visitor, as it has huge gardens and lakes with bars, cafes, and restaurants all around. There is also a huge mall, KL Mall. It is open late in the evening and is an incredible sight as the Twin Towers are brightly lit.

There is a small version of Petronas Towers built as twin condo blocks in Penang, north Malaysia.

Both these are made of shiny stainless steel are are similar in ground layout as well - lakes with fountains, huge shopping malls, they might have been master planned by the same company or even off the same plans.

The Empire State Building in New York, USA, is more famous than all these new arrivals, and is a fantastic art deco design materpiece, instantly recognisable. King Kong scaled it, Woody Allen used it in Manhatten, many other films have been made in and around it. A USAF bomber crashed into it in 1945 in the fog. It has a tourist viewing platform at the top.

It is in Manhatten at the intersection of Fifth Avenue and West 34th Street. The ASCE - American Society of Civil Engineers have designated it one of the Seven Wonders of the Modern World. It is relatively isolated compared to some tall buildings and so stands out impressively. It has a great view over Central Park. From the old New York Twin Towers you could see the Empire State Building in the mid distance.

Map for address of the Empire State Building 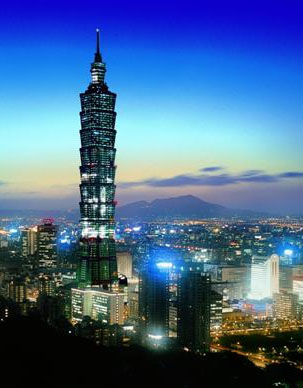 Taipei 101 is the second tallest building in the world, set in Taiwan. Taiwan is a focus for all the different Asian cultures, in its role as offshore haven from Communist China, and general capitalist powerhouse.

Note that London is not in the top 100. The list is almost entirely in Asia and the United States. This is to do with money and energy levels and also building controls in Europe.