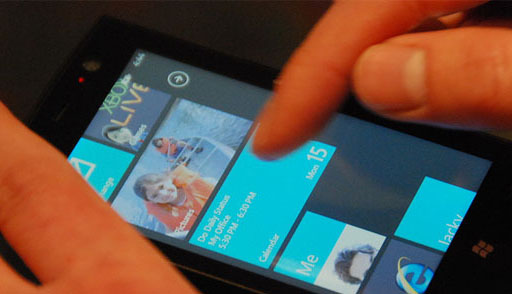 Microsoft has been somewhat struggling to find its pace with the advent of the new generation of tablet computers and smartphones. Windows has been in the tablet scene since early 2000 but Apple's breakthrough with its iPad has caused problems for Windows relating to its legacy design and use.

With that said, Microsoft is collaborating with hardware giants like ASUS, MSI and Samsung etc to break into the tablet computer and mobile market and deliver the iPad and iPhone beater.

Microsoft has refrained from using Windows Phone 7 as its tablet operating system and kept it to use with smartphones only. Instead Microsoft has chosen to use Windows 7 Home Premium and above versions. Windows Phone 7 is Microsoft's next attempt after Windows Mobile at breaking back into the smartphones race currently being spearheaded by Android and iOS. With WP7 Microsoft (new release called 'Mango') has tried to abandon its keyboard and stylus strategy and replace it with a total touchscreen experience.

Also MS has stripped off the multitasking approach which it had trouble with in Windows Mobile. WP7 was released in the US on November 8, 2010. The biggest problem faced by WP7 is its trailing Apple's release of its new iPhone 4. Windows Phone 7 does not bring too much to the table to compete with the iPhone after the disappointment with Windows Mobile 6.5 which was an interim release by Microsoft when working on the new Windows Phone OS.

Microsoft developed WP7 quickly, to have some hold on the smartphone market without losing more customers. This resulted in problems like the lack of backward compatibility meaning that older Windows Mobile applications were unable to run on the new platform; a dent in WP7.

Although the support for Flash and Silverlight is there along with the Zune and XNA frameworks in action for better gaming experience, Windows Phone 7 has been unable to find its grip. Phone manufacturer Nokia and Microsoft have also formulated a deal to help both companies overcome current difficulties they are facing from competition.

Microsoft is attempting to lure in its PC audiences into buying its tablet computers. This can be seen by the fact that Microsoft's OS for its tablet devices is literally the same as the one for its PCs, Windows 7. Some of the tablets carrying Windows 7 include: 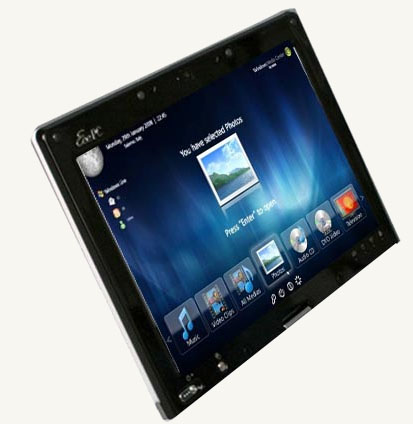 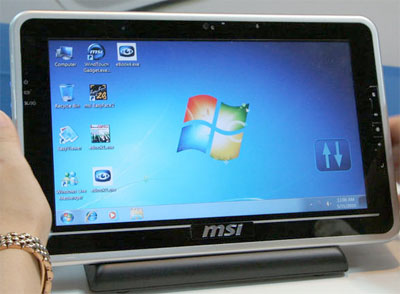 With Windows 7, Microsoft is still playing on the keyboard and stylus strategy for tablets. The Start menu and other key features of desktops/notebooks are still present that require the presence of keyboard etc. Most critics claim this approach to be insufficient and a poor effort by MS.

They say that Microsoft is using Windows 7 because it is unable to develop a true tablet PC operating system that has the potential to utilize the tablet concept and compete with iOS and Android. Both of these operating systems use the gesture-based interaction on a multi-touch touchscreen interface, while Microsoft is still working on the unipoint, stylus and digital-ink interaction interface.

Also most of the applications are the same as with standard PC versions which require the need for a keyboard and pointer to work efficiently. Critics say that MS's approach to keeping a separate OS for phones and a single one for both PCs and tablets is not the right way to go in the future. They suggest it best for MS to bring in its gesture-centric Windows Phone 7 OS to tablets and improve on that instead of going with Windows 7.

In the wake of this Microsoft building its app store for WP7 (with more than 5,500 apps and growing) does not seem to be very beneficial in the future as it continues to keep different operating systems for mobiles and tablets. Microsoft thinks otherwise. It is confident and is fully backing its strategy towards keeping the smartphone WP7 OS to only phones and away from tablets.

Even with these shortcomings, Microsoft has been able to woo everyone with the amazing tablets it has in the pipeline. This shows that Microsoft has been busy working hard with hardware partners to bring very good tablets to consumers. Also Microsoft is working on its new version of Windows which will primarily run on ARM processors and support system-on-a-chip (SoC) architectures, meaning that it would be a total game changer, very powerful and a feature rich OS bringing the best to both tablet and PC world.

With Intel's new chip architecture Microsoft is surely going to come back strong. This is great because competition between the giants is always good for the consumers as it will help bring the prices of smartphones and tablet computers down to an affordable range.