Carbon trading is an exchange or trade of carbon credits in the world wide business market. The idea behind is that businesses and industries producing more than specified amount of green house gases have to pay for it. This will then tend to reduce the greenhouse gases that cause climate change. 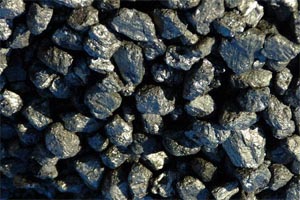 These financials are then used to facilitate solutions for global warming. Since most of the pollution is because of carbon emission - carbon dioxide and carbon monoxide, which is worse than CO2 for greenhouse effect - measures are taken to lessen amounts of carbon emission, among which carbon trading is a controversial recently devised process.

Governments and organizations are highly responsible for the emission and control of harmful gases so the government of almost every country has set a criterion for businesses and industries to produce carbon. This criterion is in the form of allotment that can be purchased by businesses.

There are some pros of carbon trading:

However, there are really serious drawbacks as well:

Carbon trading could be a way to control carbon emission but it should not be considered as an ultimate one. Instead of spending money on trade of poisonous gases and permits to produce more, companies should spend their revenues on environment friendly matters like saving green life, planting more trees, installing equipments to reduce carbon emissions etc.

The other thing is no one has planned out the consequences. The new carbon storage and sequester (CSS) systems to scrub CO2 from waste power station and industrial gases has not been invented yet. And if it worked, then all the stored carbon has to be moved about to a permanent storage site. It has been calculated that this weight of carbon is more than that moved by most industries, and would also cause a huge increase in transport costs.

So (say) coal - carbon - is burnt in a power station - the carbon emitted is stored somehow in the chimneys - and then this carbon (ex coal) has to be stored somewhere. Back in the ground?

So why not move to lower carbon energy directly?

Carbon storage as a system is bound to collapse in the next few years as it is an unworkable and incomprehensible system that only bureaucrats looking for a fudge, and wanting to do nothing, would ever promote.